I want to find company by name... 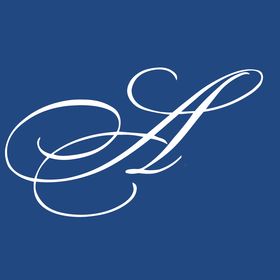 Sign Up Отзывы Оставить отзыв
AnastasiaDate is an international dating website that is very popular. The company was founded by a Russian-American couple. The service allows you to meet new people, regardless of whether you are looking for casual conversation or serious relationships. AnastasiaDate is home to thousands of people who are eager to meet you. Register now to create your profile and start dating. All members have been verified personally to prove their authenticity. You can use local search to find people in your area. AnastasiaDate allows you to block members from contacting you. This is particularly useful if you receive too many messages from people that you do not want to be contacted. You can also invite other members to join your private chat or start private conversations with them. AnastasiaDate allows you to chat via video. Video chats can be a secure and safe option for first dates. Don`t hesitate to join AnastasiaDate today!

Timothy
Many of the profiles of women have outdated photos. The monthly fees to view all photos and to start a chat are too high. I quit the site because the site only cares about making money. Without first making money !!!…, the site won’t help anyone to meet or chat with any other person. It’s all about making money!
Read More
Hylands
I have paid twice now for quite costly chat. The last one was on March 22nd 2022 at a cost PS37.70p. I have not been contacted by anyone in authority. I received expenses from Anastasia. It showed that I had paid for 150 credits. But I have never received them. I have also not received any evidence that they have used them.
Read More
Moeller
Anastasiadate scam. I am familiar with their operation..: I receive a lot of chat invitations, even though I have no information and my profile is empty. Many of their profiles were stolen or purchased model photos. They pay women to chat with men to get more money. This is something I know for sure because many women have told me ….. Some of the VK women I know are in direct contact with me. Many of these women are either married, have boyfriends, or top models. They wouldn’t be interested in dating sites. This scam is worth a total of 10 million dollars. They don’t want men to have direct contact with them, and their complicated rules aren’t there to protect anyone ….but to steal more from the men
Read More
Bhatia
The people behind this website should be arrested. I was ripped off by this site and it caused me trauma. I joined in 2013, spent thousands on chat, and even purchased their pkg for $4780. To meet women, she arrived with translator. Then she went to mail to purchase things. After she left, she asked me to continue paying thousands of dollars for communication through the site. Julia was her name. I then let her go because she was lying and using emotional prostitution against me. Margarita, a site visitor who stole my stuff but was still marketing herself on the site, was then my next encounter. I spent thousands on meetings and chats. Pls, run for the hills and don’t spend any money on this site. I don’t know how they can be allowed to be in business.
Read More
Alvarez
Most of the girls are scammers. Last year, I visited Ukraine three times. One girl wasn’t a fraudster. Over half of the letters were fake. To keep our credit cards churning, the girls are paid. It will be obvious that very few people follow through on a meeting. They want a whole year of talks. The corruption is culturally accepted now.
Read More
Hols
After I moved for work in January, I was very isolated. I didn’t know anyone outside the office and had no social life. Anastasia Date was an online friend that I found and decided to sign up. You will find many beautiful women here.
Read More
Corcoran
AnastasiaDate is a reliable dating site. I am chatting with two nice girls and receive new messages every day. I think about meeting one of these young women, even though I don’t go out as often due to Covid.
Read More
Anders
To find the right person, you need to sign up for a dating site. Each letter is expensive and they won’t share any private information. They just deleted it. I tried everything. You get more pure every day, this can last for a month. Sending a gift is the only way to obtain your private information. It is expensive. It’s like being held hostage by a mafia gang.
Read More
Kevin
It was not easy to find love. I am happy that I found a place that makes me feel at least a little more secure. The ease of use, friendliness of women and helpfulness of customer service are all things I love. Although there are some things that could be improved, I am satisfied with the service so far.
Read More
Ford
This is where I go when everything is falling apart. It sounds absurd, but this is true. I have found no other place that has similar values to mine. I would not trade it for the world. You can also add the possibility of meeting love, and it’s an amazing combination for my (acquired!) taste.
Read More
Peter G.
I have been having my money taken from my account by this site each month. How many people are being targeted with over two hundred dollars in small amounts? This site is a fraud site. The pilfering of bank accounts is proof. This site is a scam.
Read More
Conor
This website is a complete fraud! Only fake reviews or comments written by ignorant men about the site are positive. I’ve met women who have confessed to being paid by agencies to chat with men. I can tell you about scam after scam after scandal and how the “anti-scam” policy is a complete nonsense. To prove the contrary, I’ll bet a billion bucks! DO NOT USE THIS WEBSITE OR ANY OTHER PBL SITES LIKEIT! Its pure SCAMS!
Read More
Josh
They pay the girls % to chat. They are always open to chatting, and will spend many nights online. They aren’t interested in genuine things. Anastasiadate girls are always looking for gifts, and even if they have to exchange contacts, it’s just so they can ask for money. Anastasiadate is a danger to my trust!
Read More

Leave A Review About Dating Website "AnastasiaDate"
All information are confidential.
Eduzorro.com editors are not responsible for the content of comments, learning results are Individual and use of services are individual.